Manufactured in northern France, this Bon Appetit French linen tea towel can trace its roots back. Since 1866, the town of Armentières has been home to this weaver. In fact the town is known as the “city of canvas” due to its long history of weaving. The region is also known for its flax crops from which the linen is made.

Not only used in homes throughout France, they also supply linen cloths to the catering trade; you may have seen one tucked into a waiter’s waistband, or hanging behind the bar in a bistro somewhere. Their rich heritage and knowledge of fabrics continues today. 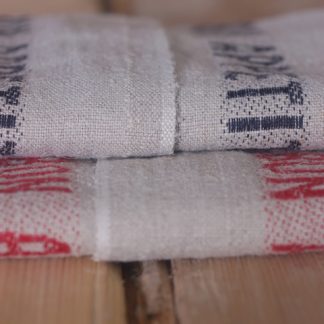