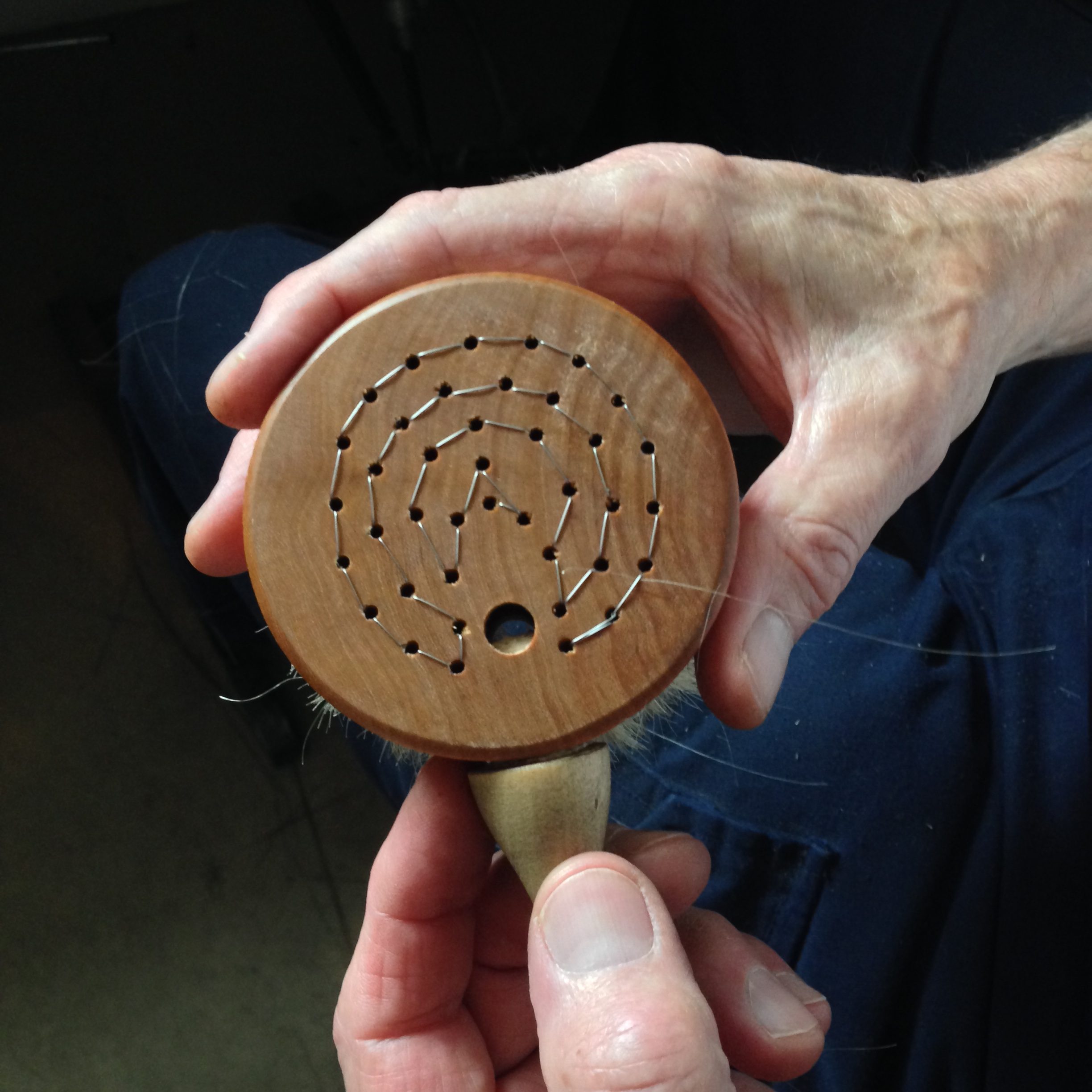 Iris Hantverk has been around in one form or another for over 100 years. Today it still employs visually impaired craftspeople to make brushes. We popped in for a quick tour of the workshop.

Brush making has a long history as a trade for visually impaired craftspeople, with the work undertaken by touch. Tracing its roots back to 1870, as Sweden moved from an agricultural society to a more industrialised one, visually impaired craftspeople at the time formed a collective. This enabled collective purchasing of materials for brush and basket making. By 1906, the collective had grown and was able to buy its own property where it was also able to provide library facilities and a shop to sell the products.

State support helped the brush makers to grow but in 2012, the Swedish state withdrew the funding support that helped underpin the business since the 1950s. A similar process happened in the UK when state support to Remploy was withdrawn, but here in Sweden, the business was able to make a successful change in direction. New owners came in (Hi Richard!) and have since put the business on a stable footing and quietly grown it.

With six visually impaired craftspeople directly employed at their Stockholm factory, they continue to grow and supply stores throughout Europe and beyond; from Japan to Brazil, New Zealand to Canada, from large department stores to small independents like us.

With sales growing at 20%, they are reaching out to work with visually impaired craftspeople in other countries. Their traditional carpet beaters are made in Estonia, a short hop across the Baltic Sea from Stockholm, where they are working with the regional society for the blind to recruit more craftspeople.

And they really know their brushes too. We once had a customer in the shop who was seeking to restore a brush that her grandfather had made and was asking about materials. A call to Iris Hantverk and we were able to let her know about the type of hair used in the brush she held, how it would have been sourced and where to get it today.

We are delighted and honoured to be able to offer these beautiful, ethical products to our customers. These truly are carefully crafted products.