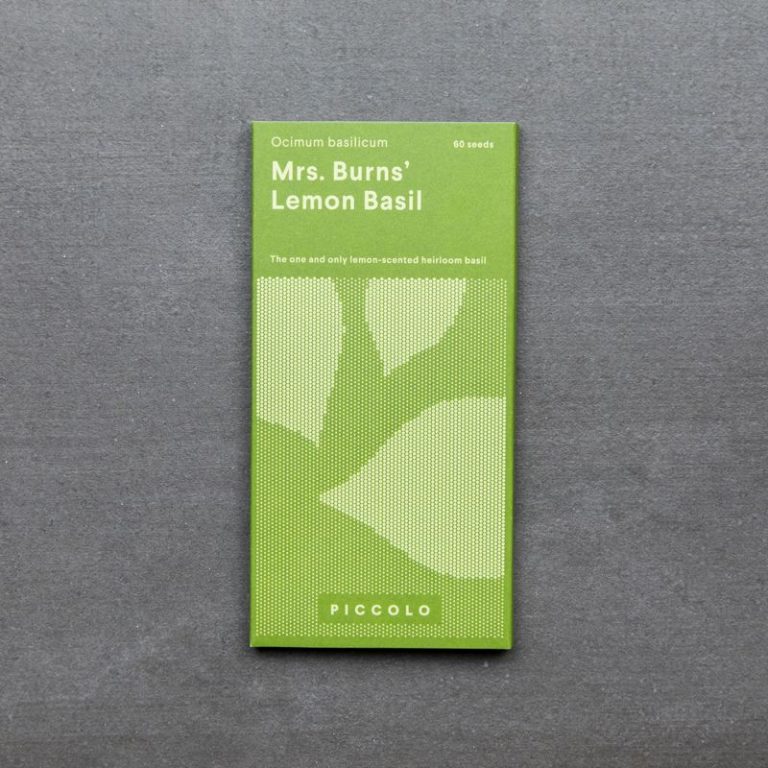 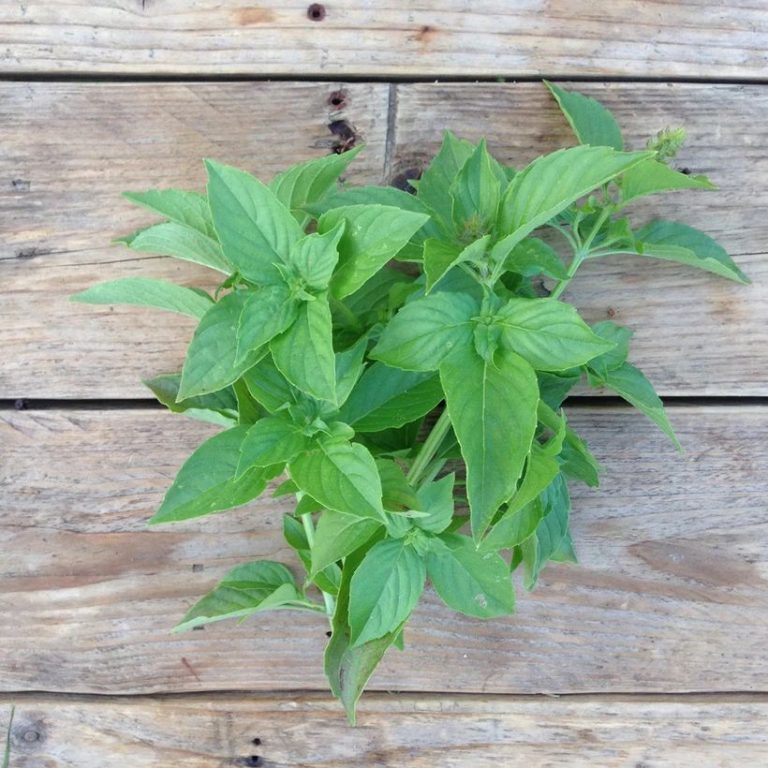 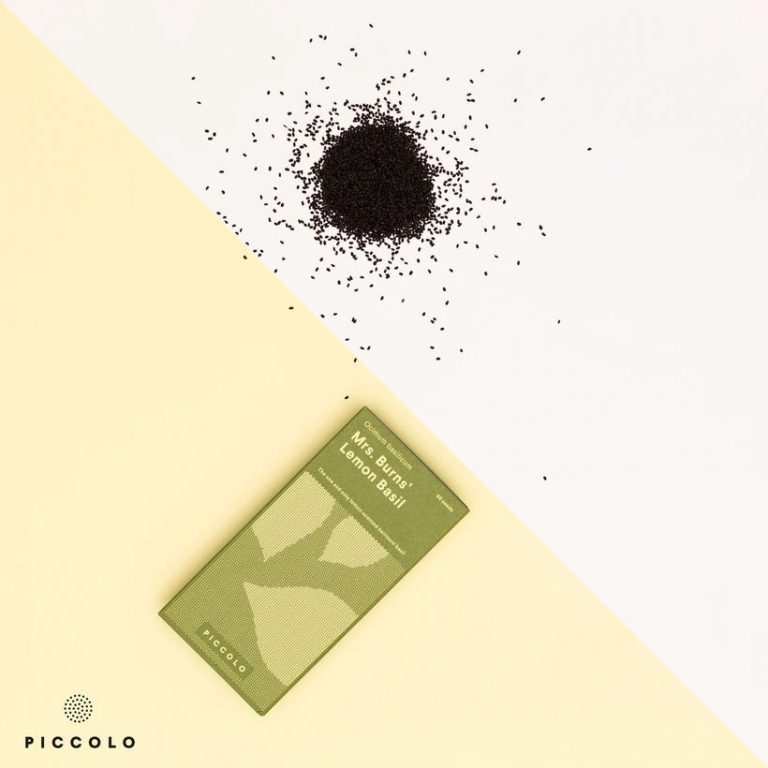 Mrs. Burns’ Lemon Basil is a legendary heirloom plant that has been grown since the 1920s, when it was owned by Mrs. Clifton of Carlsbad, New Mexico. She gave the seeds to Janet Burns, an organic gardener, who introduced the citrusy, aromatic herb to the world in 1939.

Its intense lemony flavour meant that it became an instant hit with fine chefs and gardeners alike!

The lemon-scented, light-green leaves can be used in cooking, eaten raw and even added to baked treats.

Funnily enough, Mrs. Burns’ Lemon Basil (AKA Ocimum basilicum var. citriodora) is not actually a variety of lemon basil; it is a kind of sweet basil. And a total one off.

Details...
Growing instructions...
How to use...
Category: Seeds Tag: Piccolo 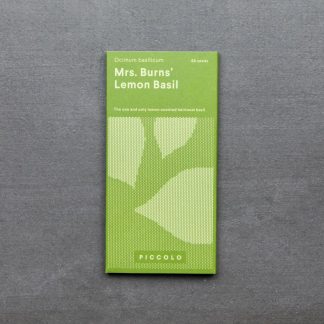