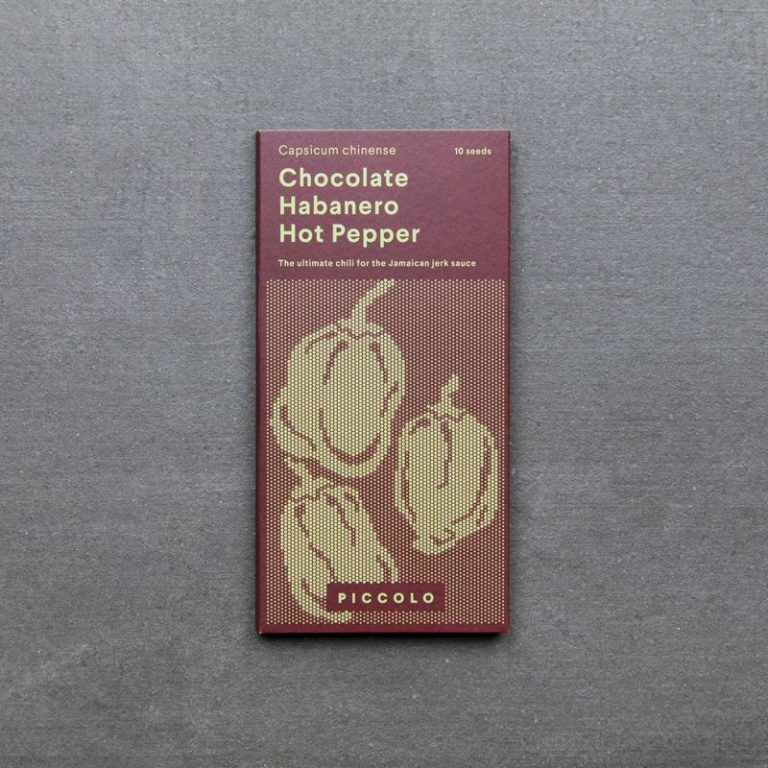 Chocolate Habanero has little in common with its sugary and sweet namesake, save for its gorgeous, deep-brown colour. Considered one of the hottest varieties in the habanero family (with up to 450,000 Scoville units), this chili is definitely one for heat lovers. Also known as Congo Black, Habanero Negro and Black Habanero – names likely coined by English spice traders in the 19th century – its exotic, rich, smoky flavour can have a dramatic effect upon a finished dish. Named after the city of La Havana in Cuba, this family of peppers is thought to have originated in the Amazon region, although habaneros are also are very popular in the Caribbean.